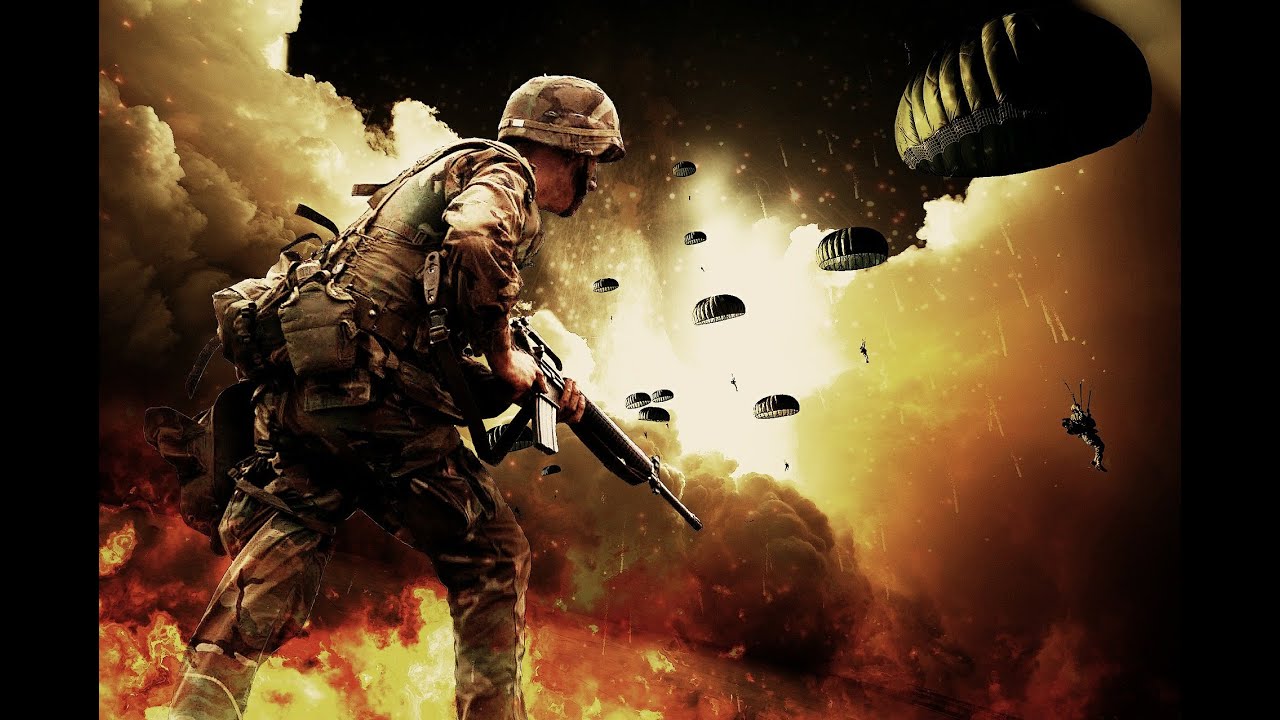 With all this talk of war on the horizon, the question comes up, “How does war affect real estate values?” Hi, my name’s Karl Krentzel. I’m a real estate agent and broker here in Tucson in charge of Karl Buys Houses. I own my own company here. When it comes to the issue of warfare and how it affects real estate values, it really does matter. I’ve been watching the television just like you with a fair amount of concern and prayer. I myself, I’ve been a combat veteran. There we go, you can see the medals back there. I’ve been a combat veteran myself and I myself have been under missile attack, and I know what those young men and women are going through and how scary and terrifying it is. And just like you I’m praying for their peace and safety.

But this issue is different than Iraq and Afghanistan. And so many people right now are starting to Google the question of how does war affect real estate. Now when it comes to real estate values here in Tucson, let me give you a little bit of history, a little bit of idea, and I think what you’ll understand is there’s really three things that happen, three specific things that happen when it comes to how war affects real estate, and I’d like to share that with you today.

And when the bond market strengthens like this, then this enables the mortgage rates to go down. This helps keep the investment rates very low for people, but the question then becomes how low will they actually go? Currently this is January, 2020. The interest rates are 3.7% right now for a residential loan. So how much lower could they really go in order to keep these properties affordable?

The second issue that comes up is home sales flatten or go down. This is something that’s not really, if you’re new to the real estate game or maybe you’ve never bought or sold real estate before, let me tell you, I’ve done this 23 years now and I’ve seen this kind of happen a couple of times. So what happens is home sales flatten or they go down. Now if the oil prices tend to go up … This is the key thing … If the oil prices go up, then this can affect the price that people pay for goods and services.

Now it’s true, America is a natural gas and oil exporter under President Trump. Tensions in the Middle East have a tendency to raise the prices. And the reason why obviously, the Straits of Hormuz, the gulfs, and they tend to get mined, or patrols, or tankers have to go a lot further around. It’s just a big problem for people to transport oil and thus the costs go up. And if the costs go up, things get more expensive, then people are really, they’re having to pay it because what ends up happening is these costs get passed onto the consumer. The gas goes up, the price of your food goes up, the groceries go up. If everything starts going up in cost, if things are more expensive, people are reluctant to make big investments.

That’s just a fact; you know it and I know it. I’m not trying to sell you something here you don’t already know, especially if things start to slow down. If things start to slow down or people start to have a little bit of lack of confidence in the market or lack of confidence in the economy or where things are going, things can start to slow down or even falter a little bit in the home sales. Now ultimately as a result, the number of homes that sell monthly goes down because the number of buyers that are out there, they’re just more reluctant to pull the trigger. A good way to look at this, when the market confidence is up it equals strength, but when there’s market fear, that equals weakness.

The third point I wanted to bring out to you today that I wrote down is that home prices flatten. Home prices flatten. Now, even though there are fewer homes to choose from right now, it’s difficult for people to make a decision if they’re uncertain about the future. Now look, if you’re working at Raytheon, or Boeing or something like that and you’re working at a defense contractor, then you’re pretty sure your job’s going to be going through okay. But if you’re in a situation where you’re questioning your job because you’re not so sure how things are going, you’re working two or three jobs to keep things going, maybe you’re going through a divorce, maybe you got an unwanted property like a tenant’s not paying and you’re having to make dual mortgage payments, you can’t keep that up for very long.

Now what ends up happening is fewer buyers mean longer market times, and longer market times means lower prices. Now when people start to see that they’re not able to get what they want, two things historically happen. Well, three, really, three or four actually. First, they take their home off the market. If they’re not able to get the price that they want for their home, they feel like, “Well gosh, I can’t get X for my home. I’ll just take it off the market. I’ll rent or I’ll keep it,” or whatever. If they have to sell it, then they reduce the price. Prices come down. Now if you’ve got, you’re trying to sell your home for X dollars and maybe you don’t have to sell, but the neighbor down the street from you, he has to sell and he has to sell quickly and he realizes that the market’s softening, he drops his price. Guess what? Your home just lost value.

Third, if they can’t reduce their price and they have to sell, well then they do a short sale or they let it go back to the bank in a foreclosure. If they do a short sale or a foreclosure and you’re a homeowner in that area, in that neighborhood or in that homeowners association, guess what? Your values just went down. Now, in case you haven’t owned a home for very long, let me spell it out for you really, really clearly. If you’ve owned a home for less than say 10 years, you bought a home after the crash, you’ve not owned a home prior to the crash, you don’t know anything about what real estate was like prior to this, let me explain to you what happens when the market starts to go down in price and people aren’t able to get what they want.

What ends up happening is people give their homes back to the bank in foreclosure. The bank sells it at a discount price or they sell it at a short sale. And if they sell it for a short sale, the values start to go down in the neighborhood. As the values start to go down in the neighborhood, let’s say a homeowners association, let’s say you’ve got a hundred homeowners in a homeowners association and let’s say 10 of them go into foreclosure or do a short sale. The values in that neighborhood have dropped regardless of what you’ve done with your house, and to make matters worse, those people are not paying their homeowners dues, which means now the homeowners association is at a deficit, meaning you’re going to have to pay more the next time the homeowners dues come up, or your services are going to get reduced, which makes your property less valuable all the way around. Your HOA dues go up, your values go down. There is less services. It’s not good. Another possibility, like I said, the neighborhood suffers.

Fourth, the solution, very briefly. Right now it seems like, seems like … I just watched the President’s address, it seems like that there’s not going to be any immediate retaliation from the United States on our part at this point. However, I would not think that that’s likely to stay that way. The solution in my opinion? Pray for peace. Pray. There’s no doubt about it that prayer can change things. Pray, pray for peace. Next, if you have to sell, get realistic about your price fast. Stop screwing around. Stop waiting for the market. Stop trying to play the market for the most you can get. This is not the time to play that game. Get realistic about your price.

And if you’re looking to buy, it’s not going to be 2008 again. All right? The prices are not going to tumble. They’ll flatten, but they’re not going to tumble like that, not immediately anyway. So that’s my advice for today. If you have any unwanted property that you’re looking to sell, you want to just get a fast cash offer on it? Hey, reach out to me today. I’d love to talk to you about it. (520) 403-6227. Thank you so much for listening. Pray for peace and as always, have a powerful day. Bye bye.