If you have spent any amount of time in Tucson Arizona, then you undoubtedly heard of historic Sam Hughes Subdivision! Follow me along on a quick video tour of some of the hotspots of Sam Hughes, and how an exciting Tucson love story between two families created a legacy for all to see.

Come with me to Sam Hughes in Tucson Arizona! 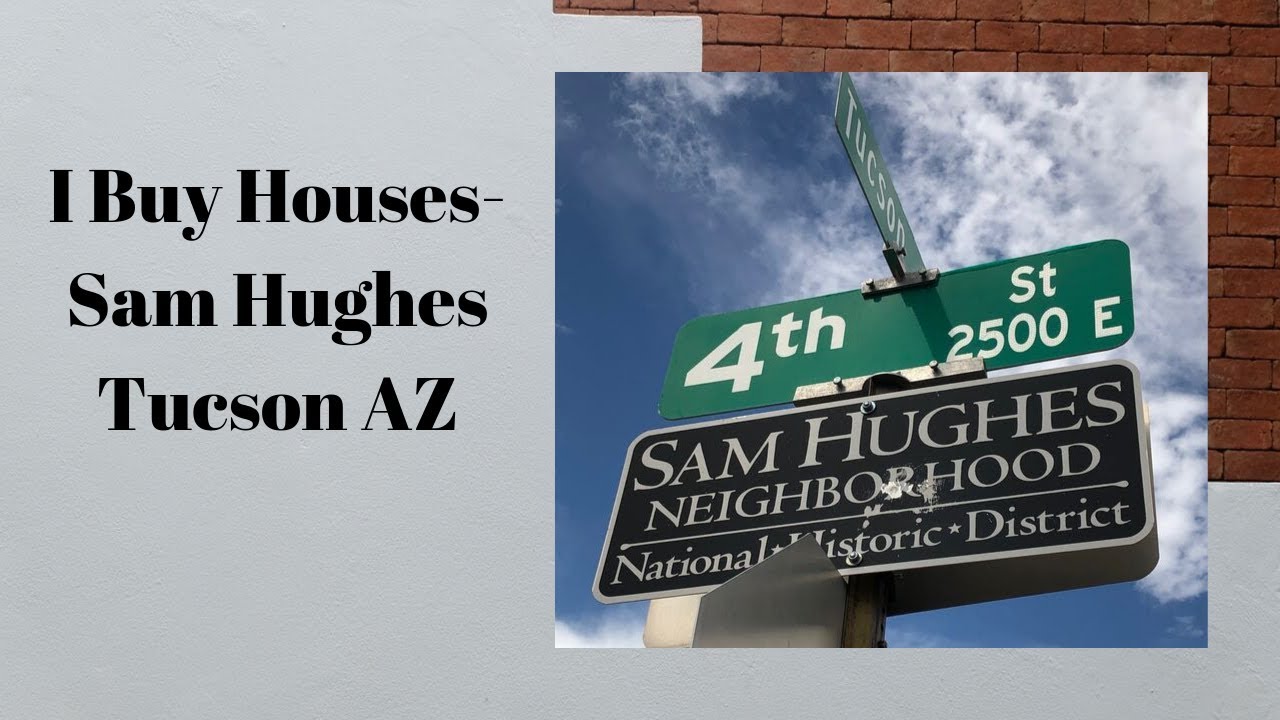 Well, today I am deep in the heart of Sam Hughes. Sam Hughes is a local subdivision here in Tucson that is named after Samuel C. Hughes, and he was a Welsh immigrant that immigrated to the United States in 1837. He came here like a lot of folks. They came here because of the dry climate. He had tuberculosis and he thought that he was going to die. So his family brought him here by way of California. They brought him to Arizona. So when Sam Hughes got here, his health got so much better because of the dry climate.

It got much better. His health improved. And as a matter of fact, Sam Hughes then became a leader in the community here in Tucson. He grew up, he started the first bank. He became very active forming a council here in Tucson. And when you came here, you got to think about it. At that time, Arizona wasn’t even a state. It was a territory at that time. Arizona didn’t even get statehood until really 1912. February 14th, 1912 is when Arizona became a state. So when Sam Hughes came to Arizona, it was still literally the wild West.

There was really not a lot here, and so he was instrumental in bringing order and a lot of culture to the Tucson area. When he got better, he married a lady by the name of Atanacia Santa Cruz. They got married, had 15 children, and he had a very long and productive life. Here, even to this day, a hundred years later, you’ll see homes throughout this area. It’s a mile square area near the University of Arizona. It has all kinds of unique architecture that is still regarded to this day as one of the finest in the nation.

It’s marked as a historical registry neighborhood. As a matter of fact, you’ll even see the Sam Hughes School on my left here. It’s the elementary school with his name on it. He was instrumental in forming a lot of the education that was still present for the children today. Kids to this day still go to this school. And this subdivision is highly prized, not only because of its architecture or of its culture, but because of the nature of the whole subdivision itself. Himmel Park is just to the east.

You’ll notice there in the winter time, the fall, they’ll have a lot of movies and architecture and things for kids to do. Really, this whole area is just a joy if you have kids. So Sam Hughes, as I mentioned, was just a really good leader in the community. And it gives you pause to think about your legacy. When he came here to Tucson, he had tuberculosis and he thought he was on the brink of death. And as it turned out, he found love, had 15 kids and became a community pillar to this day. So it makes you think about the legacy that you’re leaving for your children.

You have to think about that, and the legacy that Sam Hughes led for us today. Well, I appreciate you hanging out with me today on this tour of Sam Hughes. I hope this was educational. I hope this was enjoyable for you. If you have any questions about the Tucson area or if you have an unwanted home that you’d like to sell, well feel free to reach out to me directly. My name is Karl Krentzel. I’m a broker here in Tucson. I’ve been a broker for 23 years. Happy to help you in any way I can. My phone number is 520-403-6227 and stay tuned for the next time we have a new tour!