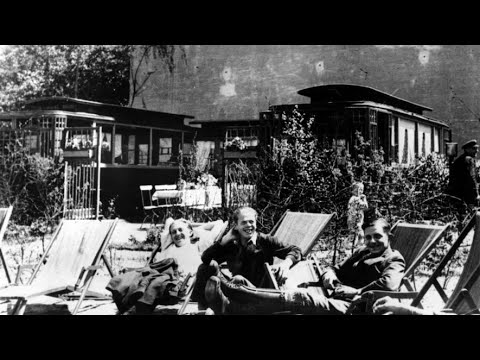 The Arizona Real Estate Bubble was a Real Estate Bubble that happened in Arizona in the early and mid 2020’s.  America in the 2020’s was a period that was marked by rapid stock market expansion, rapidly rising home prices, and record unemployment.  As a result, many Tucsonan’s began to feel confident about the real estate market and the values that they had been enjoying.

The real estate values in Tucson had recovered since the “Great Recession” of 2008.  As a matter of fact, disposable income had risen to an all time high .  Yes, indeed, America was having a true renaissance in real estate values.   No concern was given to any potential real estate bubble.  After all, the fundamentals of real estate lending that had done so much damage in 2008 had been corrected, right?

It began innocently enough.  After the collapse of the lending institutions, banks, and other financial institutions in 2008, the real estate values had plummeted in Tucson.   Like many areas of the country, vacant homes stood silent in the Old Pueblo.  Soon, banks were selling these homes to investors, who had the cash to rehabilitate the properties.  What began as a rehab project, quickly turned into rentals for many of these early investors.  Because they were able to obtain them during the “Great Recession” during short sales, and repossessions, they often got them at discount prices.

As the market improved, and the real estate market values improved, these homes were too valuable to sell.  What was at first a “market shortage of inventory” quickly became a palpable demand for properties that weren’t for sale.  It became common for homeowners across Arizona to receive calls and texts from strangers asking them to buy their home unsolicited.

Soon, intrepid entrepreneurs began seeing how quickly technology was advancing, and changing.  Soon, shifting technologies and tactics like buying houses with Bitcoin and closing real estate transactions with blockchain met with favorable Arizona laws . “PropTech Sandbox” was soon on it’s way.  Within a few months, companies like Opendoor, Offerpad, and Zillow were all getting into the home buying business.

It didn’t make financial sense, companies like Zillow would lose $72,000,000 (Seventy Two MILLION US Dollars) buying homes.  Yet, the Arizona real estate market continued churning ahead.  Even when residential appraisers across the country overwhelmingly warned the Consumer Financial Protection Board about potential dangers of raising the minimum appraisal threshold, the FDIC voted to raise the appraisal requirement ceiling to $400,000 .

While this didn’t seem nefarious on it’s surface, many people didn’t consider the consequences at the time.

After all, the median sale price of a home in Tucson was in the mid $200’s. Who would need an appraisal?  Times were good, and prices were on the rise!

A common misconception amongst the public is that real estate brokerage is a financially solid investment and business model.  To take that one step further, and create a large home buying apparatus nationally, it quickly became a disaster.   Large companies like Zillow lost $72 Million when buying homes across America.  However, it wasn’t without gain for a purpose.  For everyone in real estate knows that the real money is made in writing the loans.

Without the necessity (or protection) of independent appraisers verifying their values, large IBuyer companies were able to purchase properties using algorithms they created, to determine values on homes they made offers on.

Technologies weren’t what caused the real estate bubble however, but it made it easier; and the damage more far reaching than anyone could have predicted.

Although Zillow had been predicting that real estate values would tumble in 2020, it was shortly afterwards that the values inevitably took their turn.   Although “Liar Loans” had been a large player in 2008, they had largely been eliminated for more trustworthy loans.  However, Americans have short memories, and even shorter pockets.

🔉🔊 Listen To KarlBuysHouses Podcast: “How To Price Your Home To Attact The Highest Offers During A Pandemic!”

Traditionally, the 5 things that have caused a  real estate bubble have been Tax policy, low interest rates, lax lending standards, speculative fever, and low regulation.  In the Arizona real estate bubble of the 2020’s, the signs were easy to see, but nobody listened to the deafening roar of warning.

The question that seemed so obvious, yet no one seemed dare ask, was plain.

“If we are having the best economy in 50 years, why does the Federal Reserve have to keep lowering interest rates?  What do they do if the market changes, and they need to lower them to encourage people to buy?”

Frighteningly enough, nobody seemed to care.

The Federal Reserve kept injecting money into markets in order to artificially keep them stable.

In fact, people had been warned about their rising personal debt, their local city, county, and State governments were deeply in debt as well.

When the Federal Government took on responsibility for Student Loan Debt repayment, events took a decidedly different course.  Defaults began to skyrocket, over 7 million Americans went into default on their loans.  20 Million Americans had enough debt to significantly impact their ability to qualify for a house, a car, or even in some cases, a job.

Finally, the speculative fever that had gripped Arizona for well over 10 years had finally began to slow to a halt as millions of people were unable to qualify for loans without downpayment assistance, or seller financing.  Homes that at one time sold in Tucson in a matter of days, with multiple offers now languished for months on the market.

Many homeowners, when faced with the possibility of not being able to recoup what they had initially purchased the home for ended up giving the homes back to the bank in foreclosure, or at steep discounts in a short sale.

Although this story is fictional, it is not outside the realm of possibility.  Please keep in mind that this story is very similar to a story that happened in Florida 100 years ago.  We tend to think that we are immune from the same mistakes that they made in the past.  However, by quickly reviewing the history of our predecessors, we can find important lessons.

One of the most important lessons that I have learned from this story, is how history repeats itself.  I have been an investing Realtor and Broker for over 23 years, and I have seen the market come and go.  Trust me when I tell you, the market will change soon.

With that in mind, what lessons can we learn?  For one, if you have an unwanted home in Tucson, now is the time to sell it.  Don’t wait for some national event to cause values to go down and you lose your opportunity to sell at a premium.  Regardless of your home’s condition, this is the time to sell!

If you have an unwanted home in Tucson that you would like to sell fast, and without hassle, then contact me today at (520) 403-6227!  I will give you a fast, fair, no obligation offer fast for you to review!

“Karl is a straight forward and honest guy. He is very knowledgeable about the Real Estate Market, weather your looking to get your home on the market or a cash offer he will walk you through every step. I would definitely recommend Karl if you want your property sold quick and for top dollar!”