Catalina Foothills in Tucson AZ for $10 an acre?  Would you have bought it?  They say that hindsight is 20/20.. and that is true!  However.. back in the Great Depression, John W. Murphey had offered lots of  Foothills land for sale at $10 per acre, and NOBODY would buy it!  They said it was worthless land!

Look at the Catalina Foothills today, and you can clearly see that the land is anything but worthless!  It makes me pause and think about the real estate that I have bought and sold in the area. If you hold on to something long enough.. it becomes valuable, at least in the Foothills.

Having lived in the Catalina Foothills myself for a number of years and after sending my son to the local high school, even I was surprised to learn the amazing history of this area.

If you are interested in the amazing history of the  Foothills as I am, then please sit with me for a few minutes as I share with you the amazing story about the Catalina Foothills in Tucson AZ! 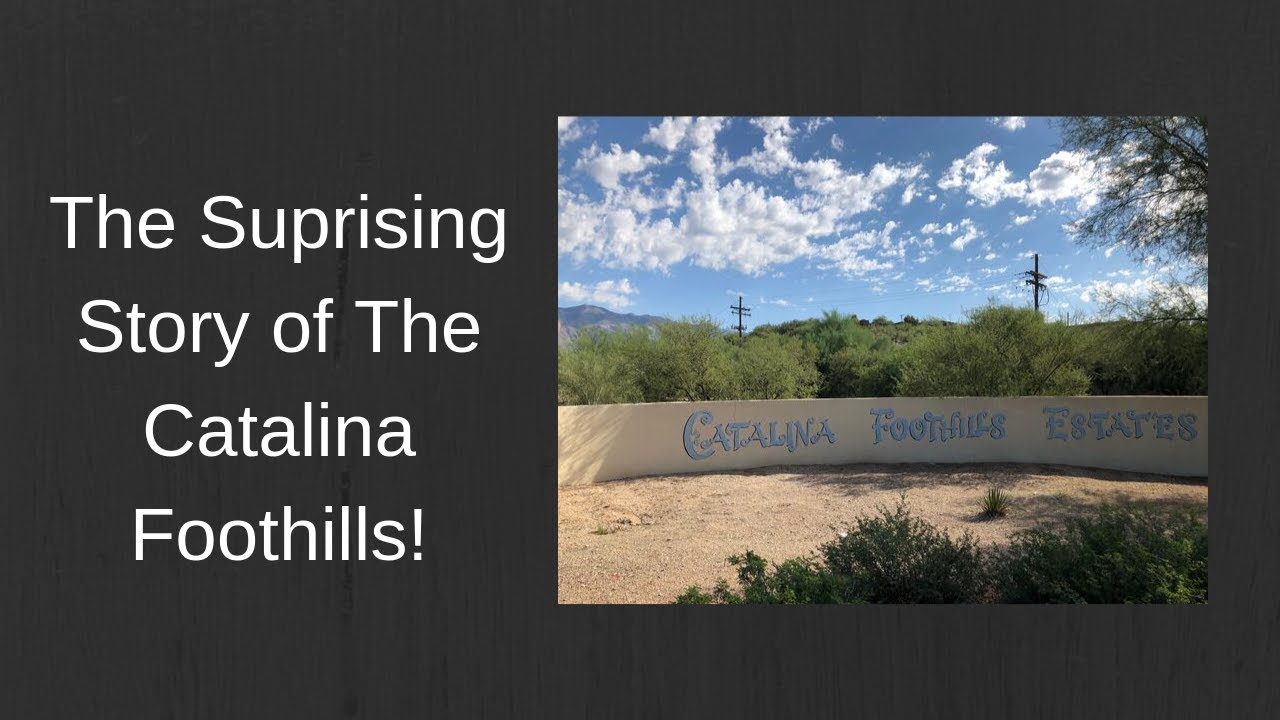 But back in 1921, 1920 this was all federal grazing land. The federal government had allowed cattle ranchers to go ahead and ranch in this area and have their cattle be grazed all through this area. So back then there was nothing here. What I’m going to tell you today is the story of how the Catalina Foothills in Tucson came about. Stay tuned!

The history of the modern development of the Catalina Foothills dates back to the early 1920s. Prior to that, the Catalina Foothills was primarily federal trust and open rangeland that was used for cattle grazing. Back in the 1920s, land developer, John Murphey, began purchasing property north of River Road in the foothills of the Santa Catalina Mountains. The development he envisioned was for 10 subdivisions with large lots, often with three acres or more. Within the subdivisions, the lots would be laid out for maximum privacy. Use of the natural terrain, preservation of desert vegetation and wildlife and mountain and valley views. In addition to other smaller purchases, in 1928, Murphey bought a 7,000-acre tract of land north of River Road between Oracle Road and Sabino Canyon at a federal land auction. After the stock market crashed the following year, Murphey sought to sell some of this land to an Arizona banker for $10 an acre. The banker refused the offer on the grounds that the land was absolutely worthless, and around that same time, Josias Joesler, a Swiss architect, was retained to implement Murphey’s vision.